Humanitarian Travel: Photo Workshops That Give Back

My first experience with The Giving Lens (TGL) changed into Morocco in 2016. I’d in no way heard of the corporation earlier than that and hadn’t ever been on a journey photography workshop while a notice for the ride popped up on my Facebook feed, and I right away knew I wanted to go. I’d visited northern Morocco in 2014 after discovering that my direct paternal ancestry becomes Amazigh (Berber). So I had the notion of returning by myself to visit southern Morocco (Marrakech and the Sahara), where most of the people I met I may want to remember as remote cousins—and that is exactly the itinerary TGL offered. Add to that professional guidance and a danger to tour with avid photographers and be of provider to the community. So I changed into pleased to have my utility widely widespread. 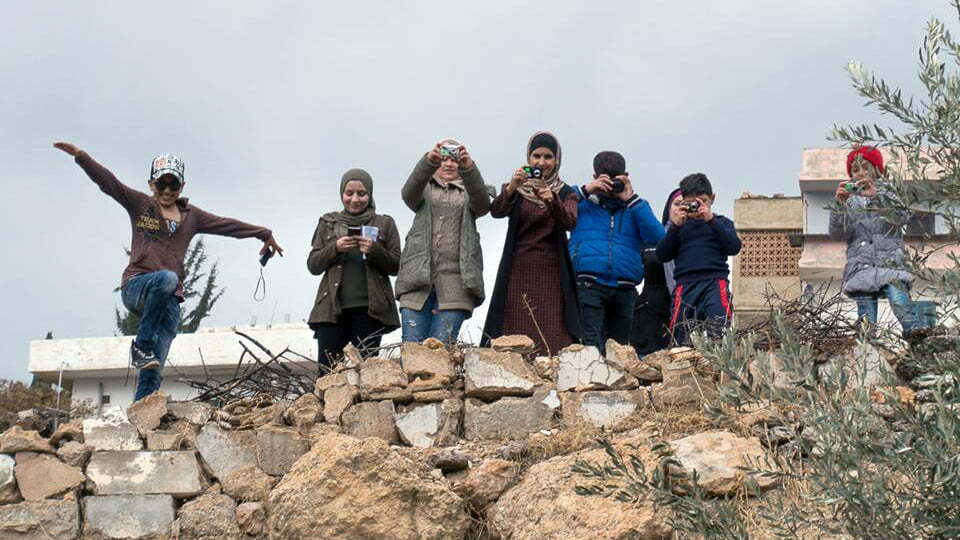 The Giving Lens adds a humanitarian measurement to the journey images workshops it runs. By teaming with a local now not-for-profit (a non-governmental agency, or NGO), The Giving Lens offers individuals a risk to make a distinction within the lives of the groups the NGO serves (generally inclined or marginalized ones), in large part via coaching younger humans the fundamentals of photography and guiding them on image walks. I actually have long gone on a Giving Lens journey each of the past three years—first to Morocco, then to India, then Jordan. Each has been a splendid mixture of a journey to important locations, gaining knowledge from our leaders and different contributors, and forging a strong non-public connection with the communities we’ve worked with.

Each TGL workshop is led via expert photographers. Trips are open to humans of all revel in tiers. Prospective members should fill out a detailed application and be interviewed to make sure they are a great fit. Before every journey, participants procure simple cameras for the NGO and its clients, both via donation or purchase. Workshops normally price much less than a trendy professionally-led photo workshop would, and among 30 and 60 percentage of TGL’s earnings from every journey are donated to its NGO companion(s). The Giving Lens itself has applied for 501(c)(3) nonprofit status.

Founded in 2011 via travel and humanitarian photographer Colby Brown, TGL runs six or greater workshops 12 months to longstanding destinations, including Cambodia, Cuba, Tanzania, and Peru, in addition to new ones, including Guatemala, Mongolia, and Uganda. All three journeys I’ve been on have had the identical two co-leaders, Michael Bonocore and Daniel Nahabedian, but about a dozen photographers regularly or once in a while co-lead TGL workshops.

We spent the primary two days in Marrakech attending a half-day cultural, culinary, and linguistic introduction to Morocco, spending time with our NGO partner, El Fenn Maroc, and exploring the town with neighborhood photographers. On the third day, we drove to the city of Ait Our and met our younger college students at a community middle. We went with them on a photographic scavenger hunt, aiming to get shots of all of the items on a listing, such as “something yellow” and “a rooster.” After that, we rode in horse-drawn taxis to the town’s weekly souk, an open-air marketplace wherein you can purchase something from coloring books to farm animals. The kids naturally took to photography and needed little steering, coming to me most effective while there have been issues like a depleted battery.

On our 2d day with the youngsters, we photographed a rickety bridge and visited two Berber villages. Then the kids sang us a farewell tune, and we parted approaches. Over the following five days, we rode to the Sahara. Finally, we lowered back, spending mind-blowing nighttime—after braving a sandstorm—within the Erg Chebbi dunes at a tented camp run using our travel associate, Open Doors Morocco. We also worked with every other NGO at a Gnawa tune club to take promotional pix and movies of their residence band before returning to Marrakech.
India

For my subsequent TGL journey, our team met in Jodhpur, in which we stayed at a guesthouse run with the aid of the Sambhali Trust, an NGO that helps Dalit (untouchable) girls, and youngsters via training, task training, and social services. At the Sambhali Trust’s Fatima Center, we met our students, 15 younger Muslim girls dressed in red saris. After introductions, we handed every woman a digicam and gave a brief academic. They then led us via their neighborhood, and a lot of them invited us into their houses to fulfill their households.

We spent the subsequent days with them exploring Jodhpur’s Blue City—wherein nearly all the buildings are painted shades of blue—and the town’s marketplace region. We additionally visited two other Sambhali Trust faculties, spending time with their college students and documenting the NGO’s work. Finally, we visited temples and palaces on our own, spent a night in a village, and ended up inside the metropolis of Jaipur, touring an elephant sanctuary on our final day. But the 3 days we spent with the women from the Fatima Center had been the high factor of my ride.

On TGL’s Jordan trip last November, we visited some outstanding locations, spending nights in a Bedouin-run tented camp in the Wadi Rum desolate tract, exploring the spectacular historical metropolis of Petra, floating within the Dead Sea, and seeing the Roman ruins at Jerash in addition to Jordan”s capital, Amman. Although, the coronary heart of the trip was working with Project Amal ou Salam (Project Hope and Peace), an NGO that runs faculties for Syrian youngsters displaced through the warfare. We spent much of two days with those children, taking a photograph walks close to the faculty and culminating with a picnic in a hillside park.

The workshop failed to cross as smoothly as my two different TGL trips. We had little preparation for our time with the children and less time than I’d was hoping. The language barrier and a balky camera caused a false impression between Muhammad and mea boy I changed into impact mentoring. Our walks had been up and down steep hills, and I determined them grueling. When it came time to go away, I felt I hadn’t linked with the kids the way others had. But I also realized that they appeared to revel in their time with us and get a lot out of it, and that became what virtually mattered.

Five Ways to Progress in Photography